Review of "The Myth of An Afterlife", edited by Keith Augustine


Augustine, Keith (Ed.). The Myth of an Afterlife. Rowand and Littlefield. 2015.

In part thanks to the likes of Dawkins, Hitchens and Harris, over the last few years, there has been a lot of discussion about whether or not God exists. But, I have the hunch that, what people really care about, is not whether there is an invisible big guy up in the sky, but rather, whether they will keep on living after their deaths. I would think that, for most people in our times, Buddhist belief (afterlife without God) is more appealing than Sadducee (or, for that matter, most Jewish) belief (God without the afterlife). 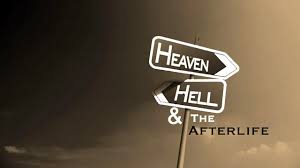 Gente que NO me gusta